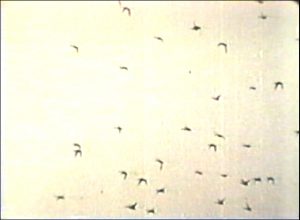 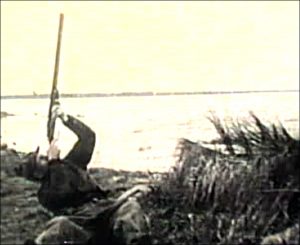 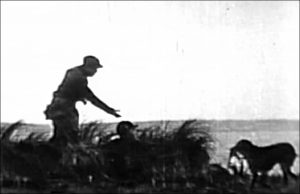 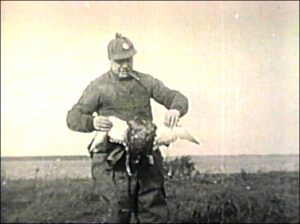 A 10-minute motion picture on DVD filmed by Field and Stream in 1922 depicting the hunting of the premier black duck on the shores of Long Island. Eltinge Warner, owner/publisher of Field and Stream, is seen hunting from a blind on the shore of Long Island with his hunting buddy and two Chesapeake retrievers, one of which was named “Shinnecock Peggy.” They are hunting with live decoys and there were so many ducks that they stood up at times in their blind waving their arms to scare off the big bunches.

As Van Campen Heilner wrote in his classic A Book on Duck Shooting: “Long Island isn’t a state but I always like to think of it as the 49th State and its state duck should certainly be the Black Duck and nothin’ else but.”

In 1906, Warner bought Field and Stream from its founder and in 1950 sold the magazine. In 1916, he began a motion picture career, producing films on hunting and fishing. In 1921, Field and Stream filmed 12 outdoor sporting subjects of hunting and fishing. In the fall of 1922, he released a series of 12 one-reel sporting pictures under the general title of “Days Afield with Rod and Gun.” Warner appeared in some of the films as he does in this one. By 1923, all 12 films met with great success in first-run theaters across the nation. In three of the 12 films, he is hunting with Nash Buckingham, which one can buy on this site.

Warner devoted his life to wild life conservation. As an active game conservationist he lobbied for passage of the Migratory Bird Treaty with Canada and was a member of DU.