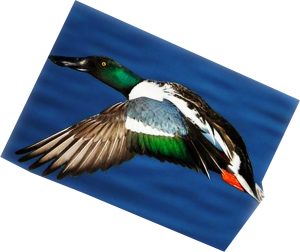 In the olden days, soap mines were common, especially in the Dakotas, Wyoming, and California. A gold miner wrote in 1849 from Sacramento County, “We are making eight to ten dollars a day but we can work only about half of the time. It rains the other half . . . Soap is cheap here. The soap mine is as plenty as the gold mines.”

But no where were soap mines more prevalent than in Nevada in the 1880s where there were several deposits of mineral soap, with the state claiming to have the only soap mines in the world. Its first real “scented” soap mine was put into operations in 1871, with three other “soda” lakes to soon be operational.

In regions where soda, borax, and mineral oils abounded, it was only necessary to bring these ingredients together and a soap mine was the result. The soap, when dug out in the mines, was soft and greasy and when exposed to air it hardened. It was sometimes made up into cakes as it came from the mine, but usually it was toned down by admixture with various other soaps.

In 1863, some lakes’ bottoms and shores near Ashcroft, British Columbia were encrusted with this natural soap. It was handled exactly like lake ice was handled. The blocks were more than nine inches in thickness, were sawed in blocks of 15 x 18 inches, and weighed 50 pounds each.

Hot springs assisted materially in uniting and concentrating the materials provided by nature. The soap found about hot springs was, therefore, generally harder and more perfect than that produced in the dry way in and about the basins of extinct lakes.

Besides finding soap mines or hot springs as above, the waters of Owens and Mono Lakes were so thoroughly saturated with borax and soda in solution that the addition of any oleaginous (rich in or producing oil) matter produced soap. The waters of Mono Lake produced myriads of grubs, which, after a time, became flies and were washed ashore, and in some places formed extensive banks or beaches a foot or two in depth.

The oily substance contained in the grubs or flies blended with the borax and soda in the water of the lake, and this, with the alkali, had its effects in soapmaking, by forming a deposit of pure soap an inch or two in thickness each year. Thus, in the course of years, a deposit of natural soap of great depth had been built upon the east side of the alkali lakes, where the worms were stranded—prevailing winds being from the west. These strata, repeated from year to year, formed the natural soap mines, and these were worked with large forces of men to harvest the soap. These particular grubs were the only living things found in the waters of Mono and Owens Lakes.

There was another queer thing about the waters of these two lakes. If you shot a duck there, and failed to get it, after a while, when it had drifted ashore, you found that its fat breast and sides had changed to elegant soap, and you could chip it off and use it, and it was just as nice as any refined soap you ever saw.

At certain times of the year, the insectivorous-eating spoonbill frequented these lakes, and, feeding upon the aquatic flies and grubs, became so fat it could hardly fly. As the grub on which they fed imparted to them such a strong fishy taste, they could not be eaten except by the Indians, who ate both grubs, flies, and spoonbills. Thus the whites killed it only for its oil.

The spoonbill was about the only kind of duck that fed on these grubs and flies and thus the most frequent to be transformed into this kind of soap. Spoonbills killed by hunters and lost were sometimes found on the shores of the lake. Many, however, were shot on the water and purposefully not retrieved until they drifted ashore, when they were about half soap. The feathers were found to be almost all eaten off by the alkaline solution, and the bird was generally so transformed that you would hardly know it at first.

The layer of fat beneath the skin, an inch in thickness, once changed to soap, was hard as the best Castile and beautifully white. It had all the qualities, save that of odor, of the mottled “castile,” which was manufactured and in such general use during that time. To improve it, some added scenting extracts to it. Test had shown that the soap was equal to the washing compounds in common use for cleaning purposes.However, trials by blacksmith and farm workers showed that it removed grease and dirt quicker than ordinary soap.

(The origins of Spanish Castile soap go back to the Levant, where Aleppo soap makers made hard soaps based on olive and laurel oil for millennia. The mottling came from iron oxide.)

[The Marin Journal, San Rafael, California, February 14, 1889 and other newspapers.]